Well, things just seem to be going well for me this year. Another trip to Phu Khieo Wildlife Sanctuary in Chaiyaphum yielded yet another species for me ... this time in the shape of Platylestes platystylus. It is a species that I have been searching for now for a long time (I think I saw it once in Chiang Mai and the search was on from then). Every time I thought I saw it, on closer inspection it turned out to be either L. praemorsus decipiens or most often L. elatus. It is clearly an uncommon species but even more so in NE Thailand (but then most things are). I decided to search an area I visited last October, which is an extremely claggy and marshy area that is difficult to walk through and even though I nearly died of exhaustion, it was well worth it. There deep in the reeds was another specimen from the Lestidae family ... surely ... it was ... yes! Finally, I saw it and got a few decent photos though the wind was terrible and made photographing twig-sized bugs on reeds rather challenging indeed. I managed to spot 4-5 males in a small area and was also extremely happy to not only spot, but get some great shots, of the female 'in action'.
The male 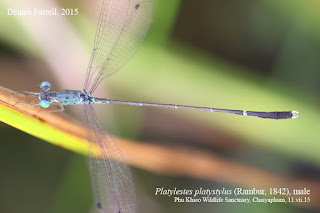 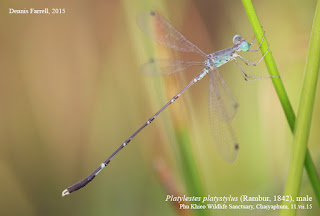 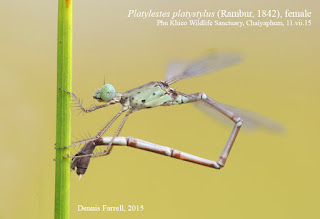 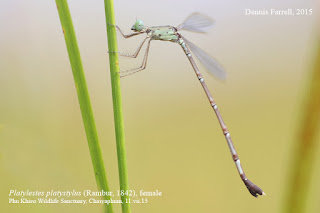 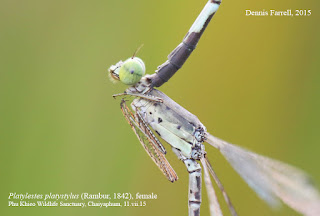 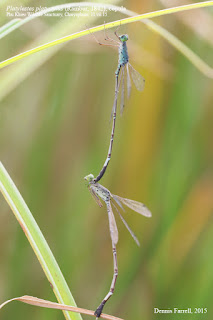 Posted by Dennis Farrell at 9:17 PM