A beautiful Libellulidae I see on regular occasions is Rhyothemis phyllis phyllis. It is very close to Rhyothemis variegata (see earlier entry on my blog) and are often seen together. It flutters in the breeze and can be easily be mistaken for a butterfly. They also tend to fly for long periods of time. 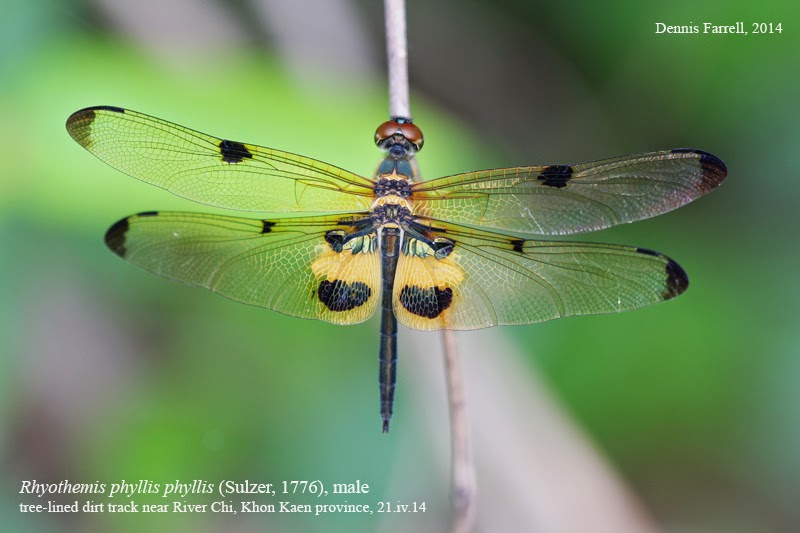 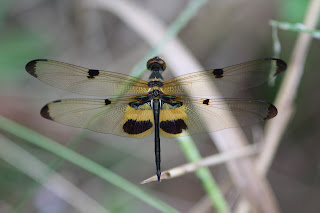 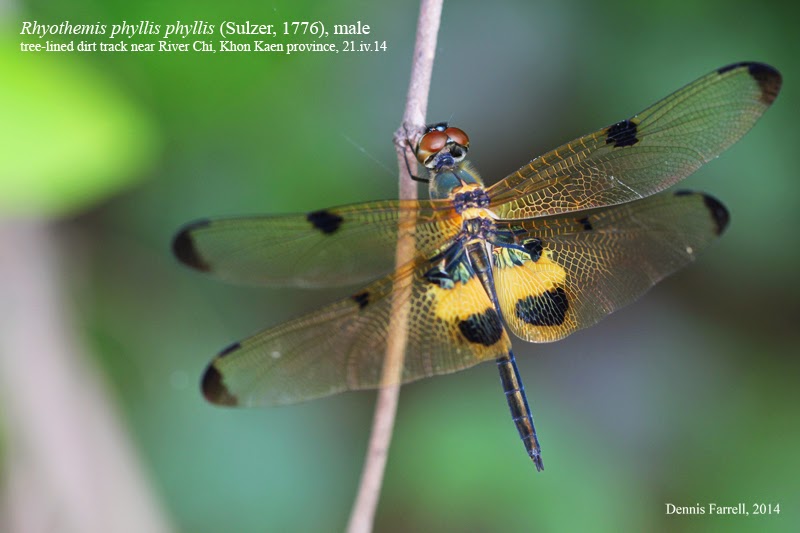 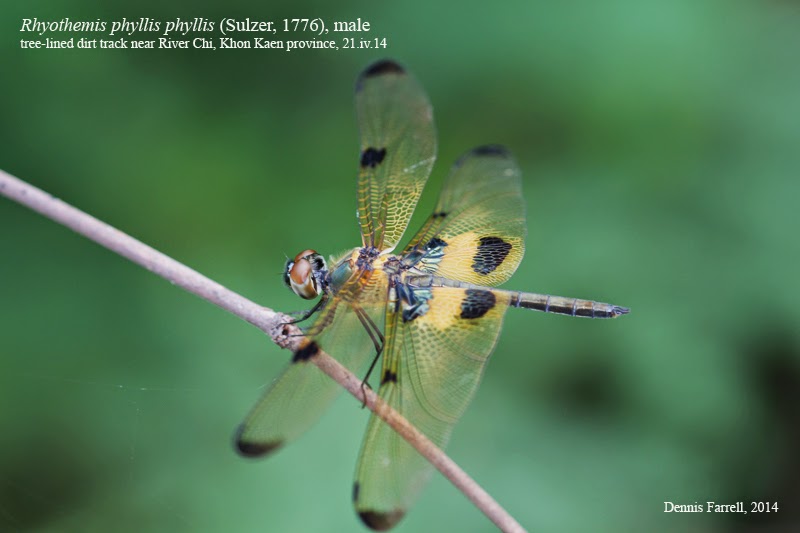 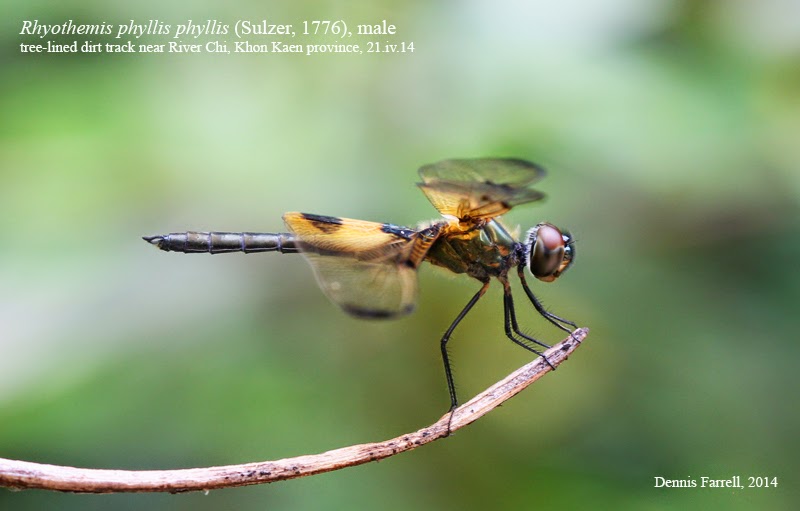 The female
The female is similar to the male, but the abdomen is more robust. The females are also less common than the males, though can often be seen - without ever landing! I will post more detailed wing shots when I get them. 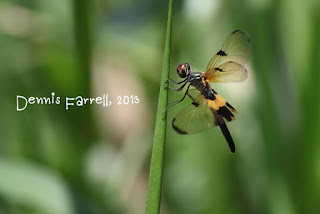