Trithemis pallidinervis is one of three Thrithemis species known in Thailand and I have now seen all three. T. pallidinervis is a very common winter species that loves sitting on small twigs and grasses in open areas, especially in the hot sun. I have seen many, many specimens right on the edge of water, as well as a good distance away from any known water.

The male
The male varies in colour from yellow (below) to chocolate brown and is easily distinguished by its long legs and wings that point upwards. It also has yellow colouration to the base of the wings. 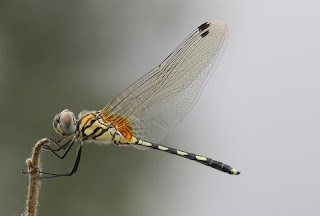 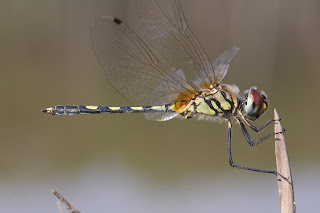 Hot chocolate...
This is a chocolate coloured specimen. 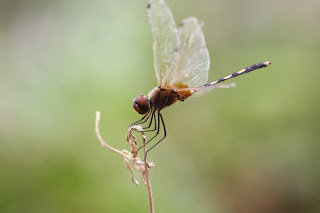 Right on the nose...
This photo shows its distinctive purple nose on the same specimen as the one above, which looks really good. 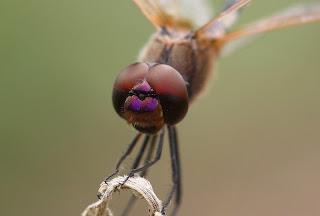 The female
The female is almost identical to the male. 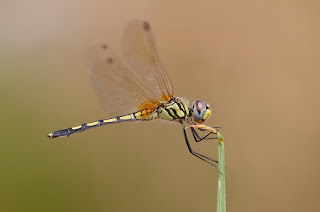 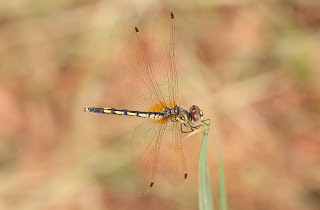 T. pallidinervis is extremely common and I have seen it in many many places, from Khon Kaen to Chantaburi, though I assume it is widespread. It is especially common in the months of October-December, though could be seen at other times. It's a great dragonfly to photograph, not easily scared and is very happy to pose for you!
Posted by Dennis Farrell at 2:05 AM